I just wanted to pop in for a quick minute.

I've added the final coat of stain on the floor. I also finished my SIL dress for a wedding she is attending later today. Can I say, "I LOVE THIS DRESS!" 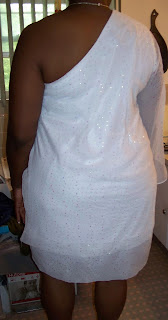 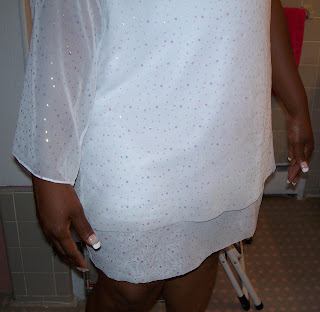 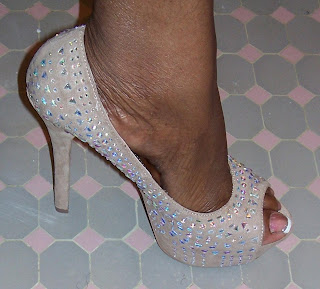 Please forgive the crappy pictures. I snapped these in the bathroom when I was doing her final fitting. I used McCalls 6240. 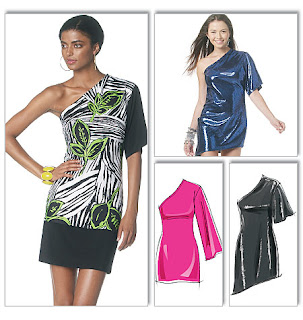 I was confident I could make it fit and can I say, "I did the damn thang!" The pattern went up to size 22 but that was not large enough. I made numerous changes including lengthening it 5". My SIL is nearly 6 ft tall and would be  considered a large pear as she is hippy with almost no boobs!

Luckily I'd recently watched the Kenneth King "Smart Fitting" DVD which was a huge ego boost and a shot in the arm to my confidence. I know I can fit myself but can I fit someone else. The answer is a very loud yes. Although we did about four fittings in paper, I did not make a muslin. The only foul-up came when I didn't place the fabric on grain. For some stupid reason I lined the grainline up on the bias. WTH was I thinking. The entire dress was supposed to be cut on the bias but in the end, only the overlay was.

The dress is three layers including a lining. The "contrasting" hem was sewn to the garment base. All three layers were stitched together at the neck edge and arm hole. The dress itself is sort of scandalous because the "hem" is just two layers of chiffon!

I don't like how the chiffon overlay is pooling on top of her butt. I'm thinking it's just nature of the bias fabric because the base fabric is perfect. It could also be that I should have cut the overlay a little wider. I added two large "decorative" tucks to the back of the dress to take up the excess fabric in the middle of the back while leaving plenty of room for the "junk in her trunk."

She promised to get better pictures to me. These pictures are not doing the outfit much just but trust me...it's FABULOUS. I told her she looks like a "glamazon" -- a glamorous amazon. BTW don't judge me. The extra crap in the bathroom is from my bedroom redecorating project.

Posted by knitmachinequeen (KMQ) at 4:10 PM