The Barbies and I are still here and having a ball. I say "Barbies" because they're are at least 50 in my stash including my original from about 1961! No she's not in the box but she's still just as precious to me. She might make an appearance on the blog before the year is out!

The husband thinks I'm crazy not as in "an old woman playing with dolls" kind of way but in a "I can't believe you're sewing those tiny clothes" kind of way. Barbies are littering the kitchen counter because the lighting is better. He's now accusing them of getting into the cake and stealing wine! He has gone so far as to suggest she might be partaking in the "world's oldest profession!" WTH. Barbie? Never. He was really tickled when I told him that Ken is considered "an accessory." I thought that's what all men are. LOL.

Here's a quick bit of Barbie history before we get into the OOTD. The first Black Barbie can on the scene in 1980 although white Barbie she did have a black friend, Christie, who was introduced in 1969. So what is the difference. Christie had visibly different facial features from the typical white Barbie. Today most white and black Barbie's are made with the same popular face mold. 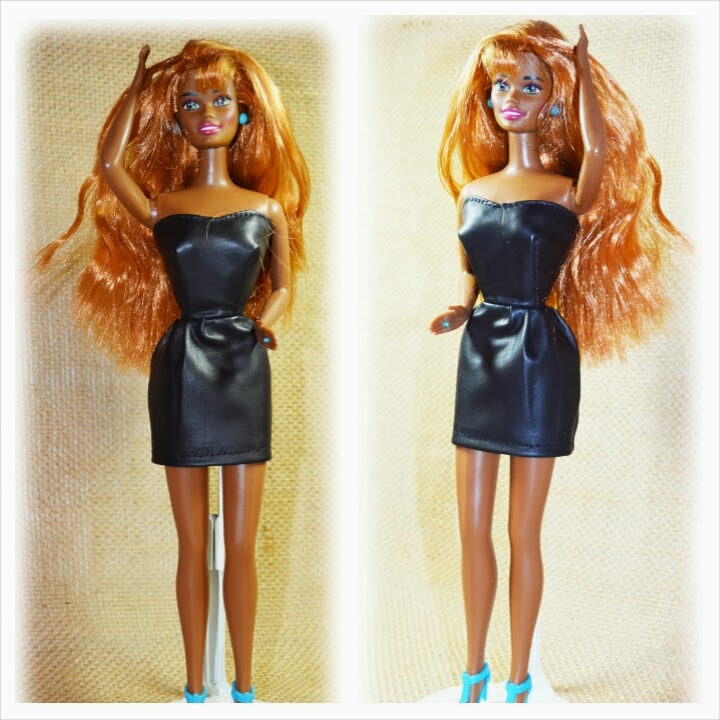 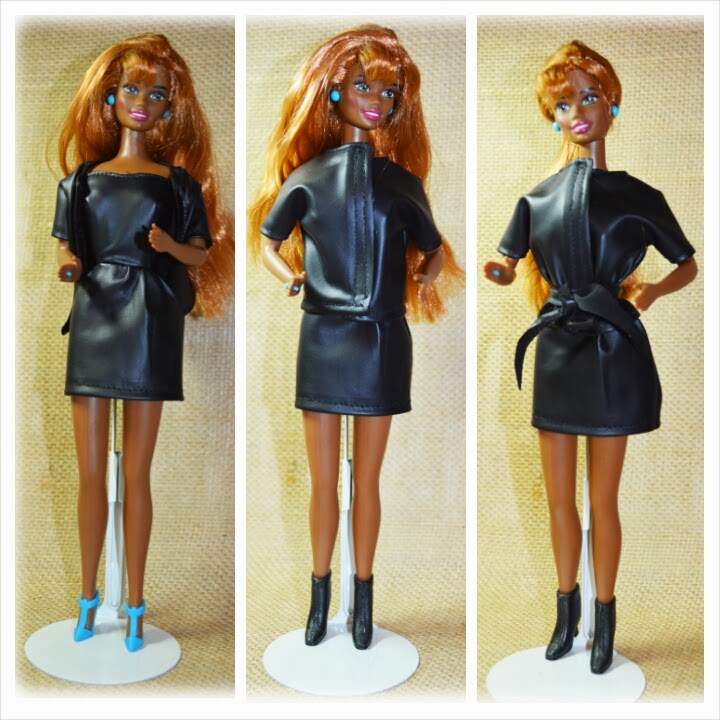 Keeping on the theme of the wardrobe. Barbie has added the "moto" jacket from Day 1. Ever the fashionista, she added ankle boots and a belt (scrap of fabric) for a Matrix ala "bad girl" look! More tomorrow. Give Barbie some love if you like what we're doing!

Posted by knitmachinequeen (KMQ) at 12:45 PM