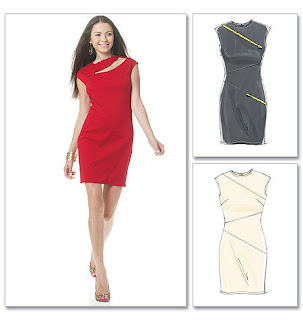 My current project is this relatively easy sheath dress. The zippers and the interesting angled seems are the thing that make this dress special. If I were able to sew right out of the envelope I imagine I could finish it in two hours of less. Of course I haven't sewn anything right out of the envelope in years and even then I probably shouldn't have. Little did I know that my breast and butt would wind up going south and the hips would go east and west. We won't even talk about the abdomen--but I digress.

The first thing I had to do was trim the pattern pieces, pin them all together and hold up to myself so that I can determine what changes need to be made. 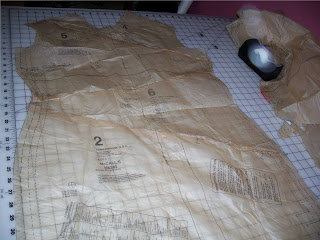 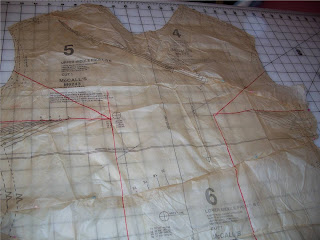 See what I mean by should have been "relatively easy?" Altering this pattern wasn't so difficult but I used nearly and entire roll of tape in the process. 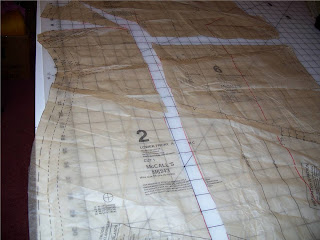 After all of the front pieces had been hacked, taped, rearranged etc. this is what the altered pieces looked like. 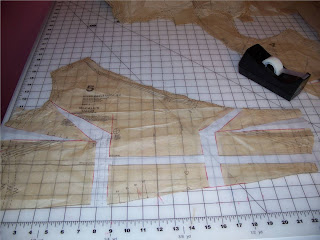 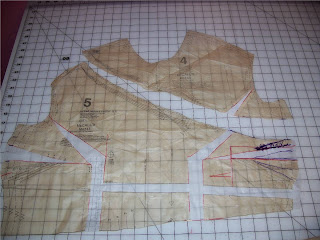 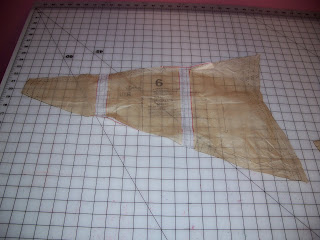 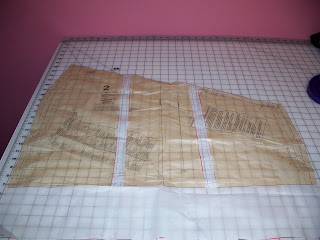 I knew the side seam bust dart would prove nearly impossible to sew without being pointed at the tip, so I decided to go with a multiple dart look. On the right side I divided the single dart into three smaller darts. 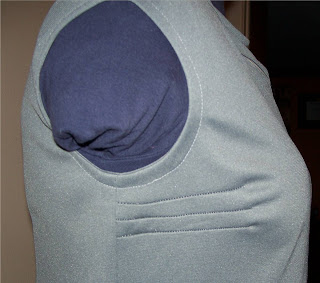 On the left side I sewed two darts and rotated the third one into the upper bodice seam. 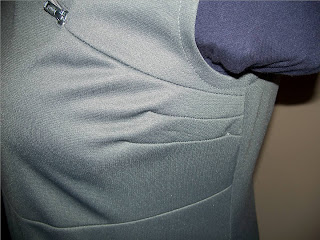 I absolutely did not like the zipper insertion but couldn't figure out any other way to insert it and have the end look nice. It doesn't show because the zipper pull covers it up nicely...but it looks like crap! 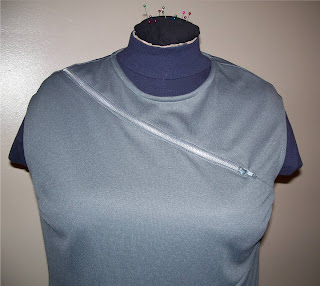 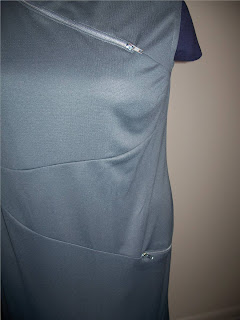 The back needed a little more shaping so I added waist darts. 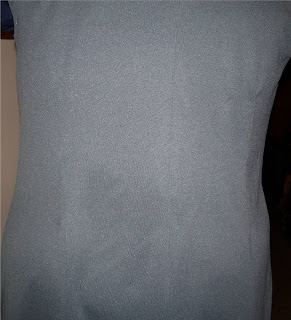 The fabric is Ponte knit so I opted not to include the back zipper. The two zippers that I did use cost more than the garment fabric! I also didn't like the idea of just turning under the neckline and armholes so I chose instead to sew small separate bands. After sewing the bands on I realized they are quite tight. Not so tight that I want to take it apart, but tight enough that I'll make the notation on the back of the pattern envelope in case I sew it again. I did sew the hem by machine as instructed by the directions but I don't like the look of it and plan to remove the machine stitching and finish the hem by hand. In the next couple of days or so I will post picture of me in wearing it. It wasn't until I uploaded the pics from my camera did I notice the stains on the front. I hope they come out in the wash.

Update w/photos
Frankly, I'm not happy with any of these photos but after having my last knee injection today I did not fill like re-shooting them. You get the idea about the fit though. I'm not feeling these shoes with this dress but again I wasn't willing to try another pair right now.

And last but not least, my favorite shot...what in the heck was I doing?

Y'all come back now, ya hear?

Posted by knitmachinequeen (KMQ) at 11:50 PM