Barbie of the week (last week)

If you're old enough, you'll recognize this as a vintage Barbie. She is my original Barbie gifted to me by an uncle 50 years ago. She is wearing a vintage one-shoulder jumpsuit. When I removed her from the case I spotted the jumpsuit and had to put her in it. The accessories are not vintage. Before I could dress her I had to do a quick wash and repair job. The outfit was "child" filthy and literally falling apart. The waist seam was just held together by a few threads and the zipper was in no better shape. Here it is from the back. 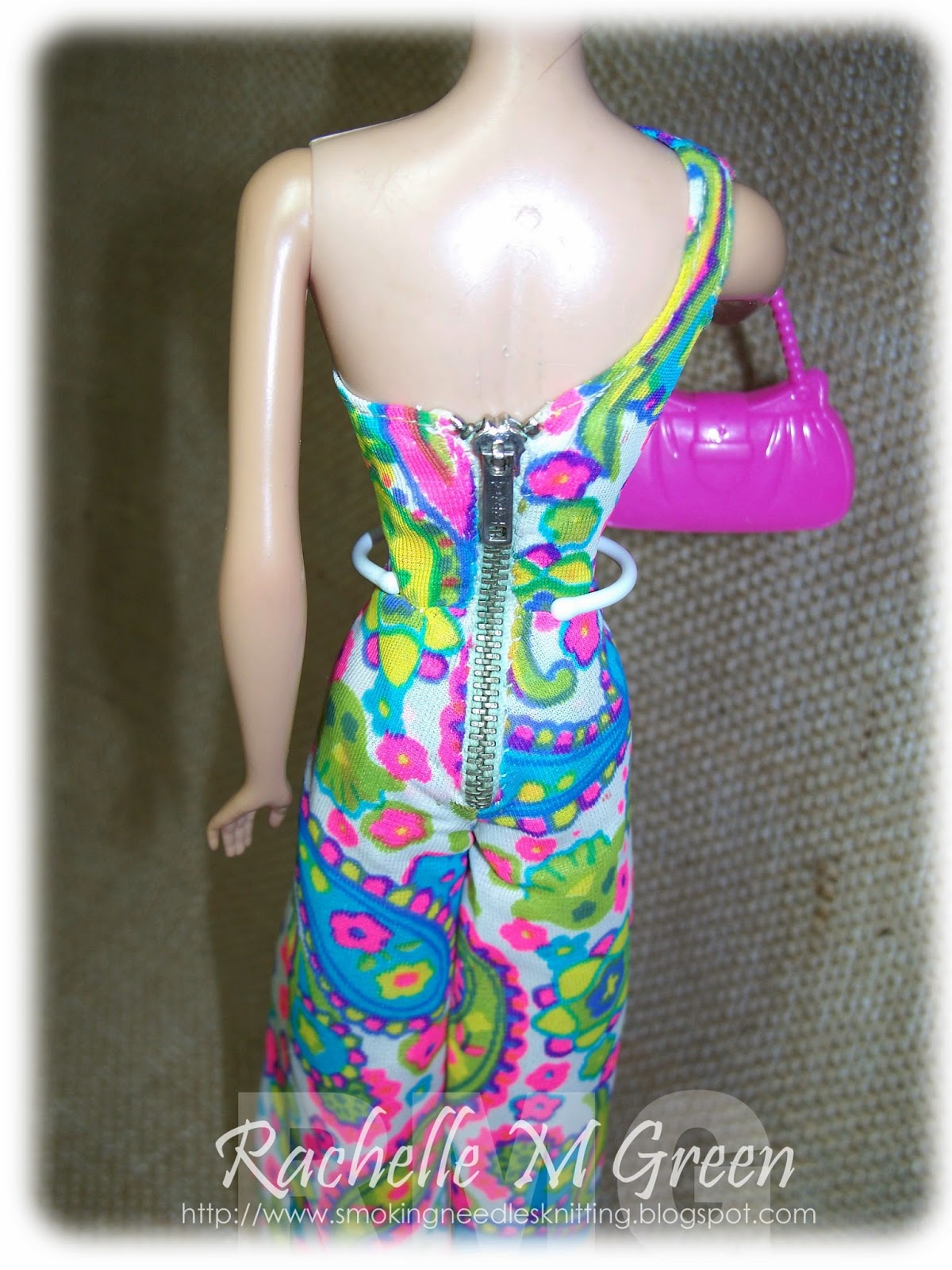 Who puts a zipper in a Barbie outfit??? This doll is not in mint condition. There are scratches on her back and the family dog once chewed her face! My child mind proclaimed to everyone that "she had bad acne!" 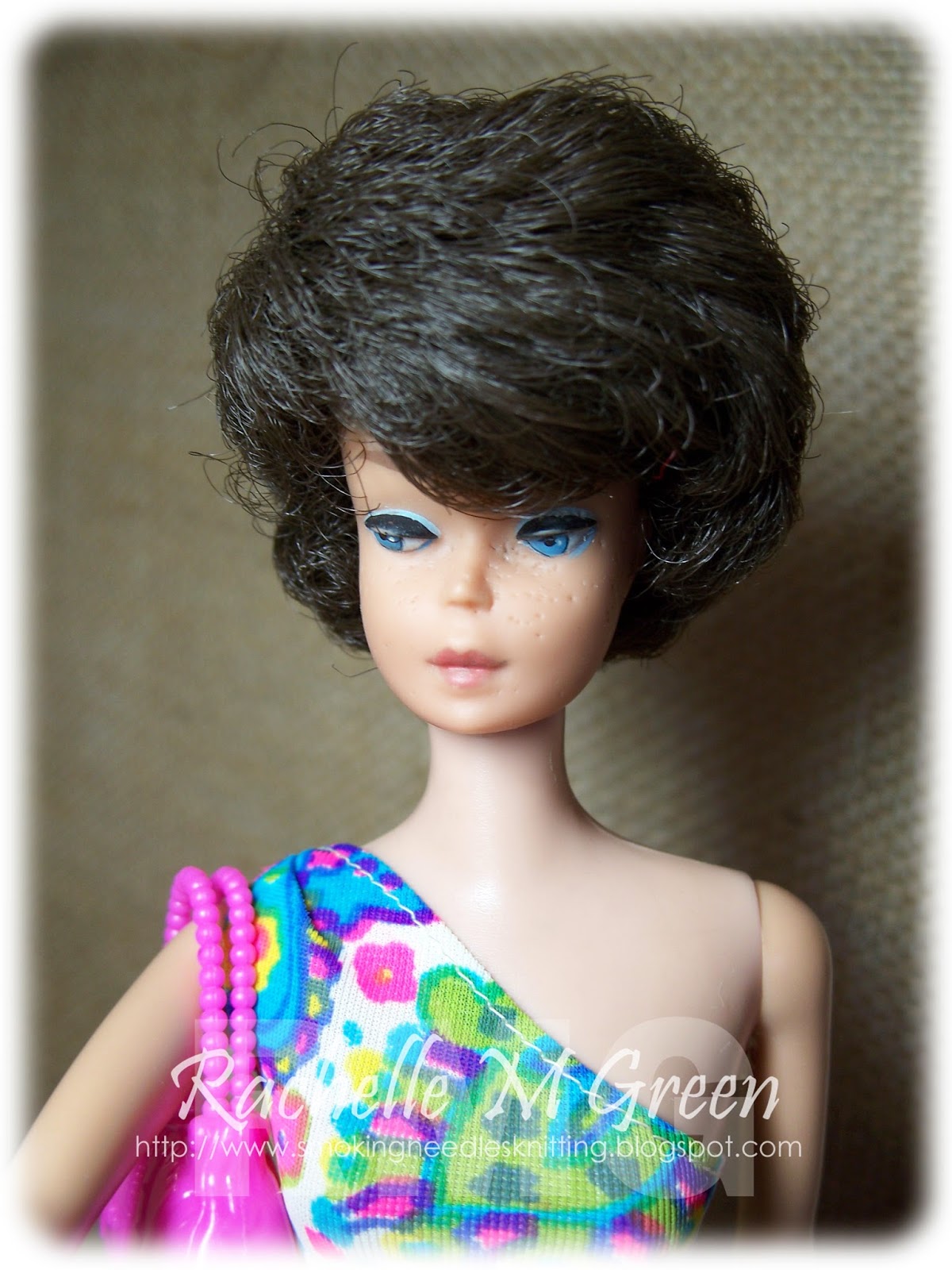 It was not until I took the photo below that I realized vintage Barbies had some "serious side-eye" going on! LOL. 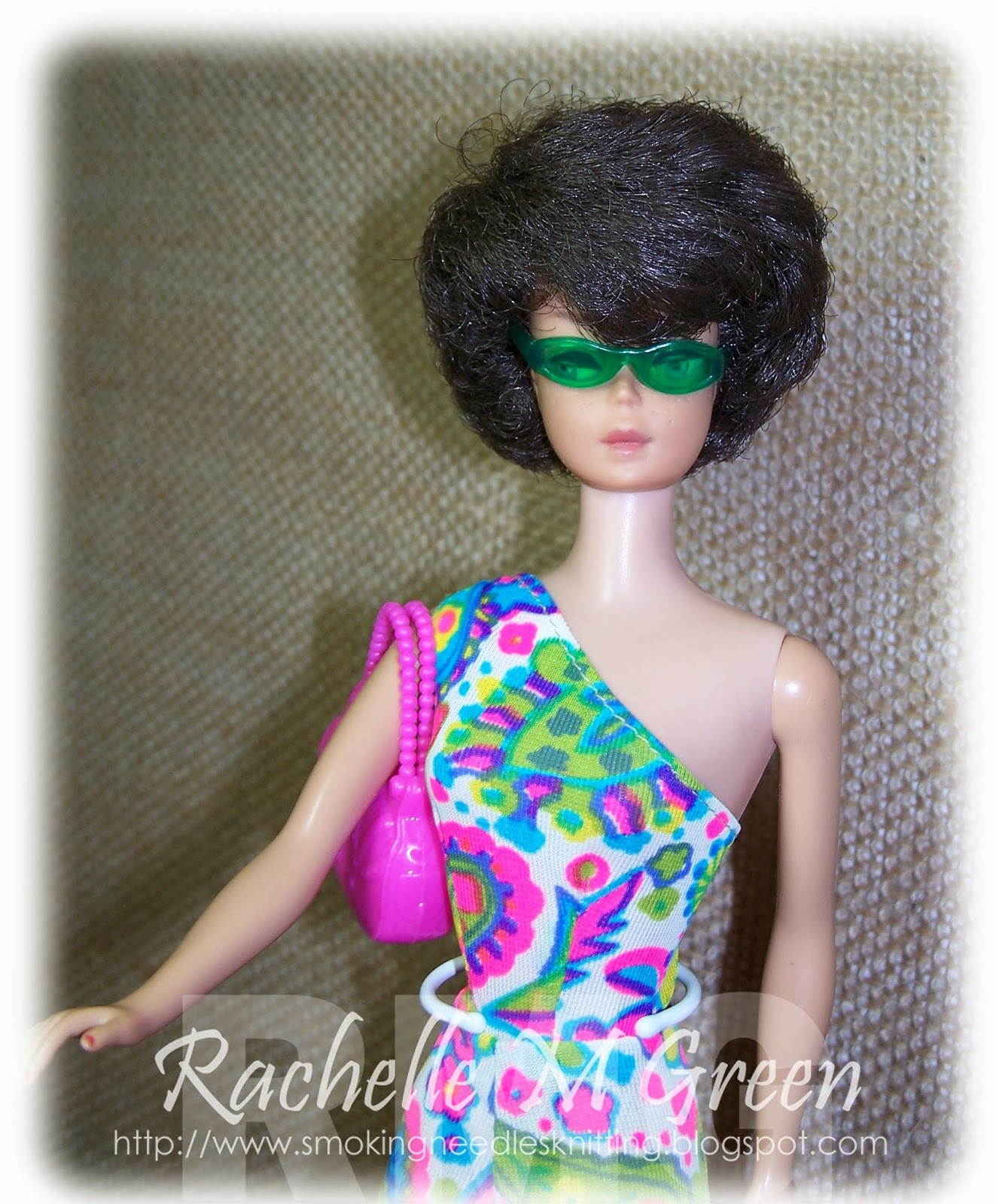 Like me, Barbie is still fabulous in her fifties! Stayed tuned!

Posted by knitmachinequeen (KMQ) at 2:45 PM