Last night I whipped up another bra (`Elan 5130) and it too was another failed attempt. Then again with each fail I do learn something so it isn't really a failure, is it? 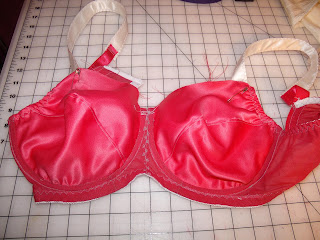 It looks pretty but once again the cups are too pointed. In my defense I did cut out the wrong bra. When I realized it, I decided to forge ahead anyway. After all, practice makes perfect. I think I could sew a bra in my sleep. I no longer need the instructions and construction is starting to become relaxing. The only thing I salvage from the failures are the straps and the wires. Luckily I have lots of supplies to practice with!

On another note, I'm teaching a class at JoAnn's tonight. 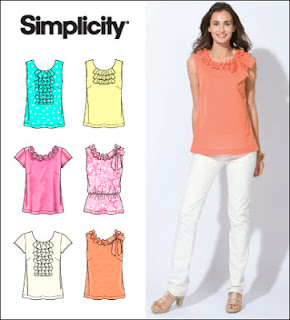 The class is comprised of beginners and the class project is supposed to be the bottom left top. There is no way a beginner can be successful at that top. The ruffles are single thickness and have a rolled hem edge that is essentially cut on the bias. Couple that with a silky fabric and I think it is a recipe for disaster. I also don't want to even think about sleeve insertion. So what to do? The top right top is the way to go. 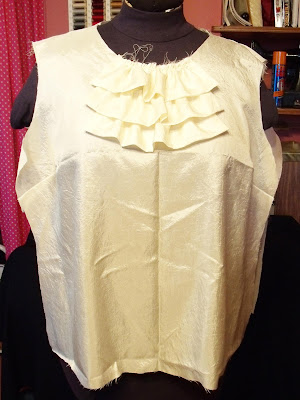 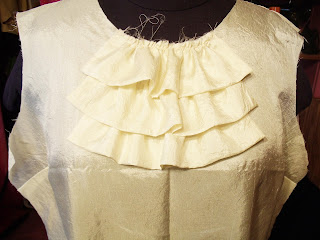 I worked on this for about an hour last night and think it is certainly within a beginners skill level. In less than an hour I think I can finish it. I needed a neutral colored top and think I'll be able to get a lot of use out of it.

Thanks for stopping by and I hope you come back soon.

Posted by knitmachinequeen (KMQ) at 8:27 AM